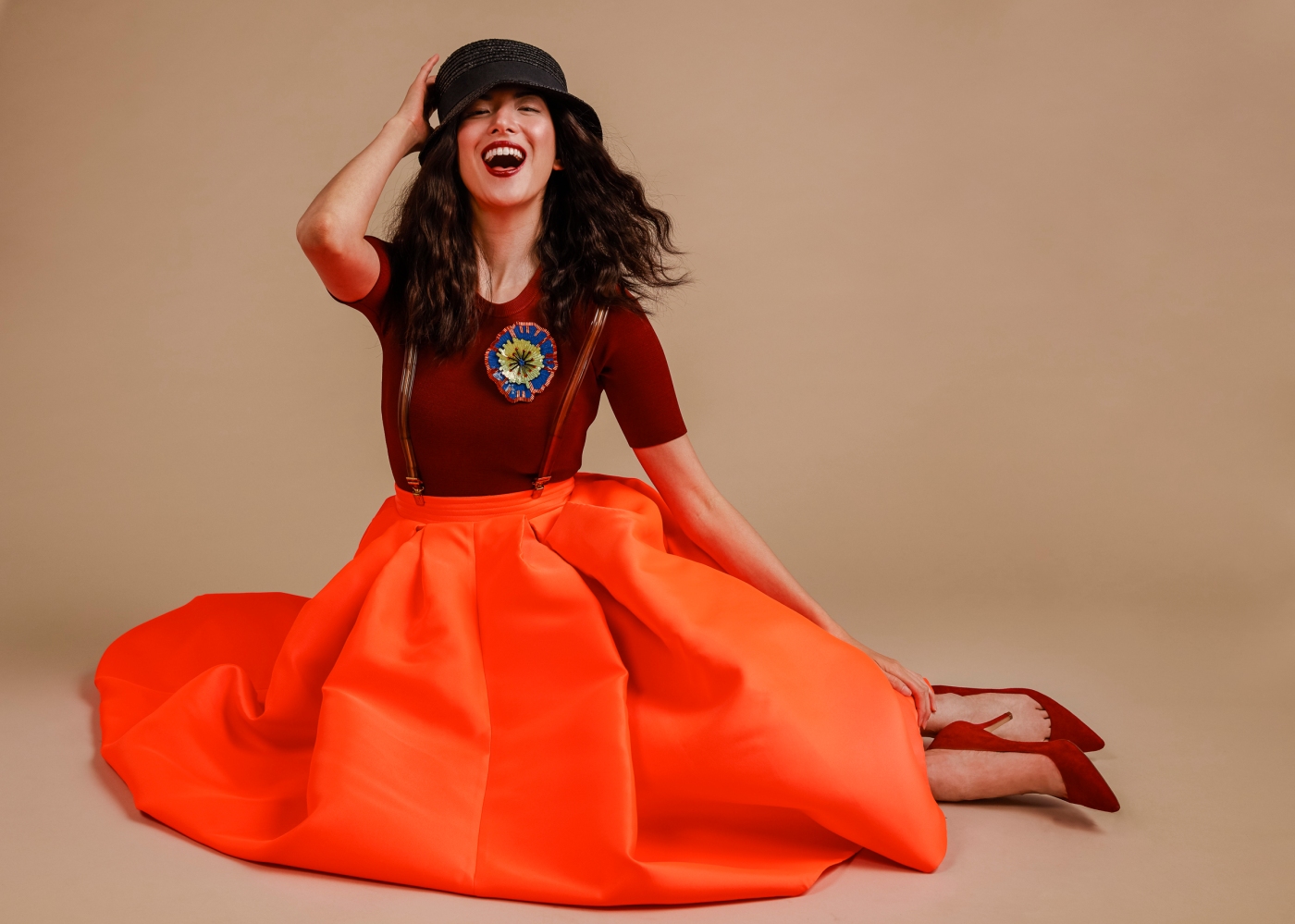 “Actually, I take that back, I’d probably rather touch a snake than a rat . . .”

I had pretty strong and a variety of emotions flowing through my head and heart when Bethany showed me the inspiration photo for this shoot.  I was so gong-ho for taking a fashionable picture with a cute little white birdy, but then she changed the animal on my perception and I was internally freaking out.

I never shot with an animal before, so I got really excited.  Excited for the new, yet nervous for what animal was going to be in studio with us.  We ended up using Bethany’s white cat, Merlin.  Prior to the shoot I was imagining a baby kitten and how I would successfully perch the kitty on my hand or forearm or shoulder or whatever.  Then when the kitty arrived . . . Merlin’s beard (pun intended lol) . . .  it was a full adult cat and a decent sized cat at that! During the shoot, however, prior to me holding said cat, I was mentally prepping myself for the fact that I’m going to be holding a cat in my photo shoot.  For a split 10 minutes or so, the other model was going to wear the outfit that was going to carry the cat and for those 10 blissful minutes, I was at peace, until they switched the outfits and I was like, well, it’s happening, so suck it up, Rebecca!

But it wasn’t myself that I was worried about.  I felt so sorry for the cat.  I will never forget the way his eyes melted into mine.  He was so terrified. His eyes were so big and so round and so scared, looking around the ginormous studio we were at and prying himself away from me to find someplace . . . safe.  Something I learned: house cats don’t really like change, they’re like babies awaken from a nap in a long car ride to a new house with a ton of people hovering over them, awning over them, it takes a while for them to warm up to a new place with new people.

My attention was so focused on the cat and not losing him in such a massive photo studio.  It was like my maternal instincts kicked in and I wanted to protect the cat. One of the photos actually has me breaking composure into a snicker because the cat was just leisurely walking by, even though we all knew he was scared out of his mind.  So obviously, we couldn’t shoot much with him.  Which I guess, benefited in a way, so I wasn’t totally distracted by a cat, but hey – the experience was worth it and it was good practice for the future. Note to self:  Must hold composure and must trust the caregiver of the animals to care for them even when my maternal instincts come in.

This is my second feature in Elegant Magazine.  My first was a beauty shoot, which was back in March 2016, you can find the piece I wrote about here: Beauty Editorial – Elegant Magazine

This was one of my favorite and most organized shoots I’ve done in 2017. Everyone had such good energy.  It was never a dull moment because of how upbeat they were.  They planned the shoot perfectly.  Sometimes when you add another model, things can get chaotic and end up becoming more time consuming.  But on set Model A shot first, Models A & B together, then Model B, and alternating as such for clothing changes.   I enjoyed working with and getting to know each person on the team.  I really connected to the stylist, Tahler Johnson.  His selections for clothing and accessories went above and beyond what I’ve ever seen in a test shoot. Such epic choices.  He has such a creative instinct too, a quick thinker, and someone who was able to come up with a solution on the dot.  So the clothes that we wore on the shoot were pretty amazing.

I think I loved it so much because everyone had a bit a quirkiness to their personality and it really shined during shooting.  The shoot was supposed to be weird, but it felt so natural to me.  Maybe it was just the fact I had my own natural awkardness which helped me grasp the concept more.  But it was not all weird, there was a sort of elegance and grace to the shoot along with being quirky.  I don’t know how to describe such a feeling without being too redundant. But maybe you can tell by the pictures? 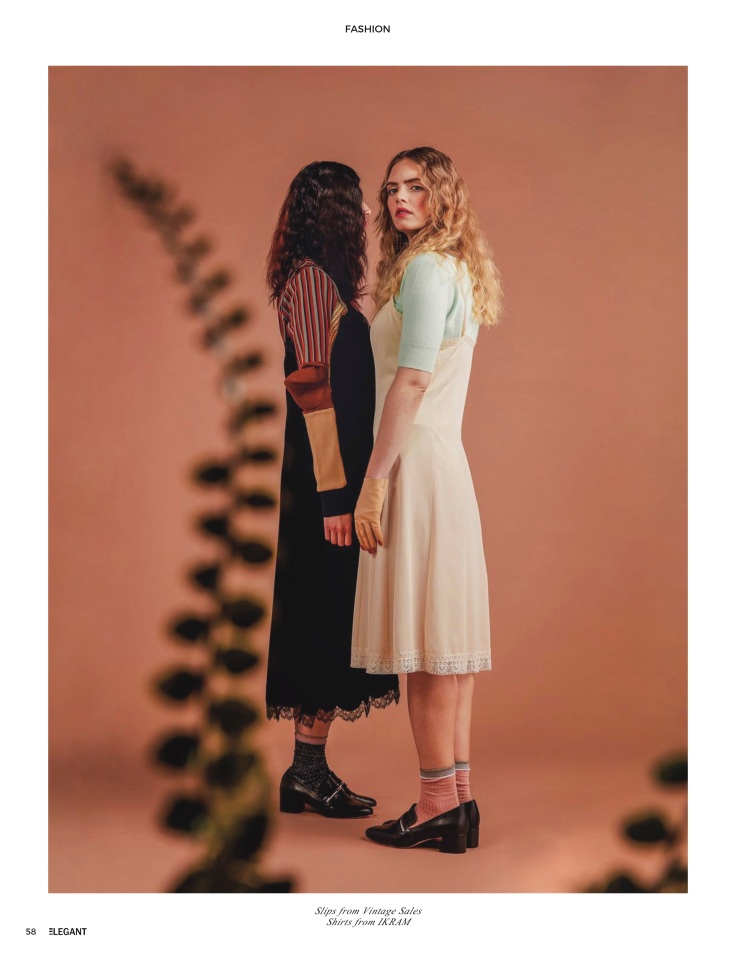 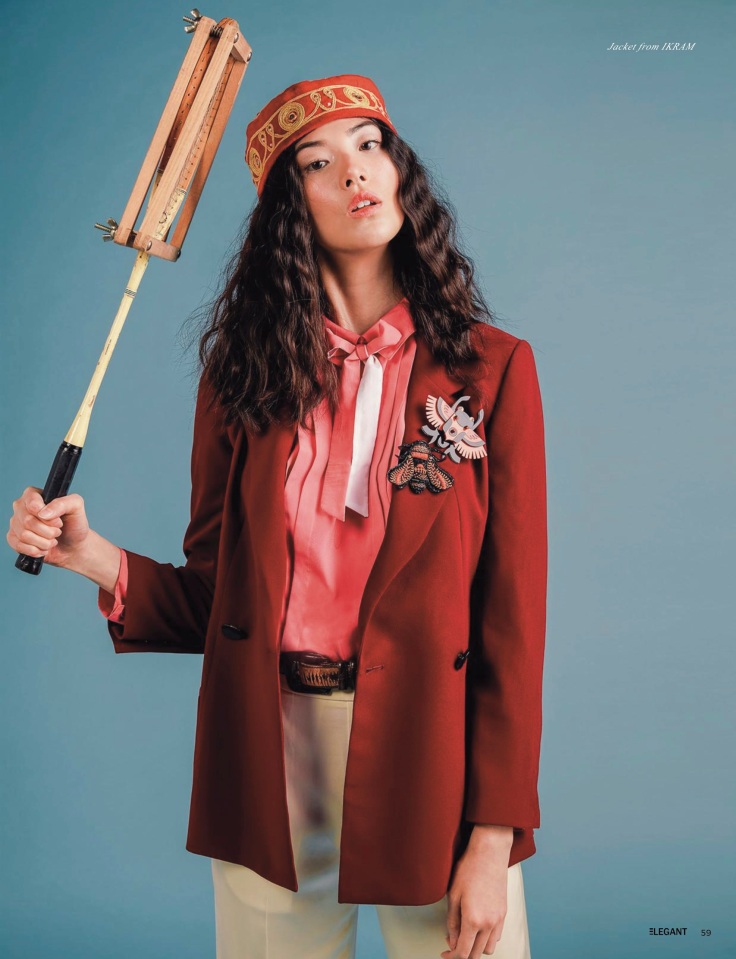 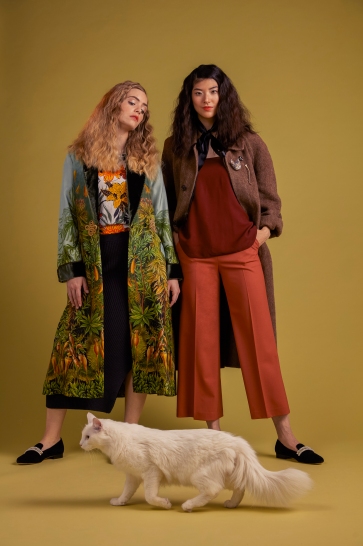 *Side Comment*: The orange skirt outfit was a last minute add-on and was not part of this editorial’s story, more just I saw the skirt and was dying to shoot with it, and Tahler agreed, so totally impromptu.  Also, I had a good ab workout holding my legs up like that, but bummer that I tripped on the dress and fell backwards . . . hilarious, now that I’m remembering it.

P.S. Although, I’ve been told I have good skin on my face for the camera, my legs disagree with me, so I have to confess that there were some major photo-shopping done to make them look that pretty (Thanks Bethany!)

P.S.S. That gold turban you see was no actual turban, but made out of a material that I have no idea the name of – Don’t ask me how to turn a flat sheet into something so dope, it’s just another one of Tahler’s genius creations.

Thank you to Bethany for thinking of me for this and many thanks to the entire team who contributed to create a wonderful shoot!

And a million thanks to you for stopping by to read my blog!  It means the world to have supporters! 🙂